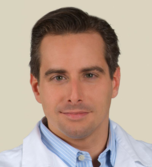 Shafique Pirani, MD, Canada
Medical Advisory Board Chair
Dr. Shafique Pirani is a Clinical Professor at the Department of Orthopaedic Surgery at the University of British Columbia Medical School. Dr. Pirani's major interest is in clubfoot. He is widely known for his clubfoot assessment tool (known as the Pirani Clubfoot Severity Score), for his pioneering work on how the Ponseti method corrects the clubfoot deformity, and for initiating the movement for the use of the Ponseti Method in developing nations. He is the Project Director of the Uganda Sustainable Clubfoot Care Project, a $1.8 million Canadian International Development Agency funded initiative to build capacity for sustainable Ponseti clubfoot management throughout Uganda. Dr. Pirani has been widely recognized for his work. His awards include the Canadian Orthopaedic Association's Award for Excellence, the Pediatric Orthopedic Society of North America's Angie Kuo Award, the University of British Columbia's Impact in the Community Award, and Fraser Health's Above and Beyond Award.The PIA Medical Advisory Board works in consultation with PIA Board of Directors and staff to formulate, implement, and monitor worldwide training and practice of the Ponseti Method.﻿ Each member is carefully chosen based on their demonstrated strategic global health engagement.
To Contact Dr. Pirani
205 - 245 East Columbia Street
New Westminster, B.C. V3L 3W4
Email: Piras@aol.com

Cristina Alves, MD, Portugal
Dr. Cristina Alves is a Pediatric Orthopaedic Surgeon at Hospital Pediátrico de Coimbra CHUC EPE, in Portugal. She graduated in Medicine at the University of Coimbra, did her residency in Orthopaedics at Hospital Central de Funchal, and completed a Clinical Fellowship in Pediatric Orthopaedics, at SickKids Hospital, in Toronto. She is enrolled in a Masters in Clinical Epidemiology at the University of Toronto and doing research about the relation between foot deformities and function in children. Her clinical practice is focused in neuromuscular diseases, tumors and congenital limb deformities.

Dalia Sepulveda, MD, Chile
Dra. Dalia Sepulveda is a Pediatric Orthopedic Surgeon. She was the past President of the Sociedad Latinoamericana de Ortopedia y Traumatologia Infantil and the Sociedad Chilena de Ortopedia y Traumatologia Infantil. Dra. Sepulveda was the Board Director of IFPOS, the pediatric unit coordinator at the Orthopedic and Trauma Department for the University of Chile Medical School in Santiago from 1992 - 2007, the chief of Pediatric Orthopedic and Traumatology at the Roberto del Rio Hospital in Santiago from 1992 - 1997, and chief of Reconstructive Pediatric Surgery Unit at the Roberto del Rio Hospital in Santiago from 1992 - 2007. She has been on the editorial board of the JCO since 2007, helped with the strategies in Trauma and Limb Reconstruction editorial Board since 2009, she was the 1st LatinoAmericano organizer including Ponseti course (video conference online) 2006, secretary of the Academic Committee since 2005, consultant physician IRI-TELETON in Chile and Hospital de Carabineros de Chile, a member of the AO International Experts Group for external fixation, and CORE Collaborator with K. Wilkins in Chile and Peru. Dra. Sepulveda's current position is chief of the Pediatric Orthopedic and Trauma Department at Clinica Bicentenario en Santiago del Chile.


Harold J.P. van Bosse, MD, USA
Dr. Harold van Bosse, M.D. has been practicing pediatric orthopaedic surgery exclusively since completing his orthopaedic residency at the University of Illinois in Chicago in 1994, and his fellowship in pediatric orthopaedic surgery at Toronto's Hospital for Sick Children in 1995. Initially his practice was in the New York City area, where he was the director of the Arthrogryposis Center and co-director of the Ponseti Clubfoot Center at the Hospital for Joint Diseases. In 2022 he joined the staff of Cardinal Glennon Children’s Hospital in St. Louis, Missouri.  Previously he was on staff at Shriners Hospital for Children in Philadelphia, a position that has allowed him to create a Ponseti clubfoot treatment program there. Another of his clinic interests is arthrogryposis multiplex congenita, and a large proportion of the clubfeet he treats are for babies and children with arthrogryposis, as well as other syndromic or teratologic clubfeet. In addition, he enjoys treating the entire realm of pediatric orthopedic conditions, with special interests in limb deformity, neuromuscular disease, and pediatric spine deformities. He has taught the Ponseti Method at workshops in India, Haiti and Peru.


Li Zhao, MD, PhD, China
Dr. Li Zhao is a Consultant Orthopaedic Surgeon with his major interest in Paediatric Orthopaedics at Xin-Hua Hospital, Shanghai Jiao Tong University School of Medicine, Shanghai, China, where he and his team are working on the project promoting the expansion of Ponseti Method of clubfoot management. He graduated from the Fourth Military Medical University, and received the Master and PhD degrees in the same University under the tutorship of Professor Yupu Lu, Professor Yunyu Hu and Professor Yaotian Huang. He was a clinical visiting research fellow in Nuffield Department of Orthopaedic Surgery, University of Oxford under the supervision of Professor John Kenwright and Professor Hamish Simpson. He is working as a council member of Chinese Paediatric Orthopaedic Society and Paediatric Section of Asia Pacific Orthopaedic Association (APOA) as well as member of education committee of International Federation of Pediatric Orthopaedic Societies (IFPOS) as well as the reviewers and editorial members of a number of peer-reviewed journals.

O. O. Adegbehingbe, MD, Nigeria
Dr. O. O. Adegbehingbe is a Nigerian Paediatric Orthopaedic Surgeon. After graduating in Medicine at the Obafemi Awolowo University Ile Ife, he completed his residency in Orthopaedics and Trauma at the Obafemi Awolowo University Teaching Hospital Complex, Ile Ife. His clinical practice is in Paediatric Orthopaedics and Musculoskeletal Oncology. Dr. Adegbehingbe is actively involved in research on the Ponseti Clubfoot treatment, Birth trauma, and Radiation Effects and Environmental Factors in Cancer. In 2009, he coordinated the first Ponseti International Clubfoot Workshop in West Africa. He helped translate from English to Yoruba, Igbo and Hausa languages the manual “Clubfoot: Ponseti Management” 3rd Edition, a GLOBAL Help Publication. He coordinates the Nigerian Clubfoot Project and West African Ponseti Clubfoot Projects. He is the coordinator of Nigerian and West African Clubfoot Study Group. He has established Ponseti Clubfoot Treatment Programs at University Teaching Hospital Ado Ekiti, Federal Medical Centre, Ido Ekiti and Obafemi Awolowo University teaching Hospitals Complex, Ile Ife. He has taught the Ponseti Clubfoot Casting technique in Nigeria and Sierra Leone. He has spoken in many national and international meetings. He has supervised postgraduate research projects on Clubfoot and designed graphic art work on Ponseti Clubfoot Treatment.

Cristof Radler, MD, Austria
Dr. Christof Radler is consultant surgeon and director of the clubfoot clinic at the department for pediatric orthopaedics in the Orthopaedic Hospital Speising Vienna. He was one of the first in the German speaking countries to introduce the Ponseti method after having trained with Dr. Herzenberg, Dr. Ponseti and Dr. Morcuende and published the first German paper on the Ponseti method. As member of Austrian Doctors for Disabled he initiated a clubfoot project in Bamako, Mali in 2006, where a busy clubfoot clinic is now treating about 200 patients each year. He is member of the VKO (German speaking society of paediatric orthopaedics) and EPOS and has been involved in many Ponseti courses and teaching activities worldwide over the last eight years. His second focus of clinical practice and research is limb lengthening, deformity correction and reconstruction. He has been faculty and co-director of the Vienna Ilizarov and TSF courses for many years.